The timeline for the expanded reopening of Alberta’s economy with relaxed measures for public gatherings was accelerated due to low infection rates, hospitalization rates and ICU cases in the province.

As a result, more services are available to Albertans including indoor recreation, fitness and sports, movie theatres, pools, VLTs, provincial campgrounds and more at full capacity can open with restrictions. Events, gatherings and cohort groups can also be larger. Full information can be found here.

In addition to conversations about moving to the phase of relaunch in the province, discussions of race and racism in Canada have been at the forefront this week. Police chiefs in Calgary and Edmonton as well as RCMP in the province have had to answer calls for increased transparency and claims of systemic racism in their forces. Dashcam video showing the violent arrest of Chief Allan Adam of the Athabasca Chipewyan First Nation by RCMP officers in Fort McMurray was also released this week and the incident is under investigation by the Alberta Serious Incident Response Team. Justice Minister Doug Schweitzer released a statement and revealed that the government is expediting their work to modernize the Police Act.

Below, you’ll find a recap of other government announcements, legislation and Orders in Council.

Stage: Committee of the Whole passed with amendments June 9

Notes: Bill 7 makes changes to the approval process for oil and gas projects in the province through giving government the power to set deadlines for the Alberta Energy Regulator. Maximum timelines aren’t included in the legislation, but would be set through regulation.

Notes: Bill 15, would protect and strengthen choice within Alberta’s education system through amendments to the Education Act. The legislation follows through on a campaign commitment from the UCP and is sure to be a major point of debate between the government and opposition NDP.

Notes: If passed, Bill 16 would expand the scope of the Victims of Crime Fund to include public safety initiatives that deter crime to prevent victimization while continuing to provide supports to victims of serious crimes. 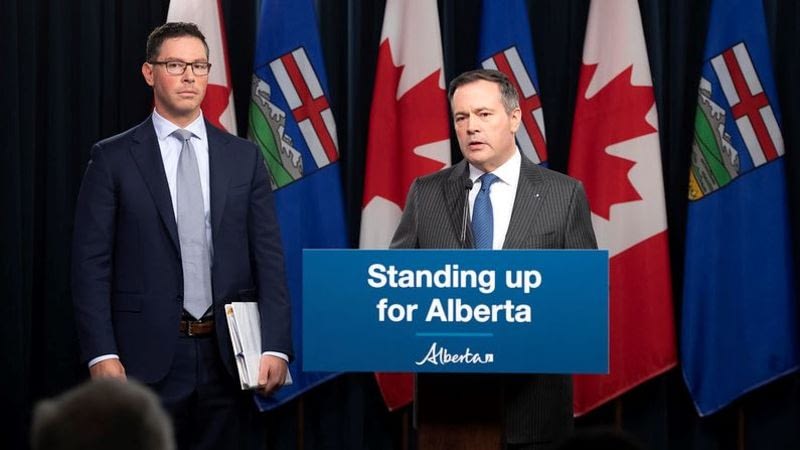 Notes: Alberta’s Mental Health Act currently allows for individuals with serious mental health disorders to be involuntarily detained for treatment. Proposed amendments in Bill 17 would strengthen the rights of patients. The amendments would also modernize the act and reduce red tape, providing for more timely and responsive care.

Notes: Following through on a campaign commitment from the UCP, the legislation would result in the creation of the Alberta parole board.

Notes: The Act would make changes to the Tobacco and Smoking Reduction Act to further reduce the health harms associated with smoking and second-hand smoke, and in particular address the rising rates of youth vaping. The act proposes amendments that strengthen existing tobacco control measures and introduces aligned vaping provisions.

Notes: Bill 20 continues the work started last fall with Bill 15, which addressed problems with the Real Estate Council of Alberta by dismissing the full council. The changes proposed in Bill 20 will allow for a restructuring of RECA to ensure greater transparency, increased accountability, and improved governance of the real estate regulator.

Notes: Bill 21 would amend the Traffic Safety Act to give Alberta some of the strongest impaired driving penalties in the country. It would also create an administrative procedure that would be used for first time impaired driving offences and in the future traffic tickets and potentially other provincial regulatory contraventions.

Sign Up For Weekly Updates
OECD, Worst Recession in a Century

Extension of CERB for 8 Weeks
Scroll to top