Governments like rules, routine and traditional practices. When there’s routine governments know what to expect next. They feel more in control.

Those rules and practices are also in place to protect the public and ensure precious democracy doesn’t get snuffed out. There are rules and practices for everything from the yearly budget cycle, cabinet processes, introducing and passing legislation, regular elections, the Speech from the Throne, and committee procedures, right up to what words are too hot to be uttered in Question Period. For instance, you can be ejected from the Canadian parliament for calling your adversary, please forgive us, a ‘blatherskite’.

Sometimes though, rules and routines fall by the wayside and governments make it up as they go. They don’t like these times because this is when things can go very badly. Governments can fall and legacies can be forever tarnished by indecision or bungling at a key moment. Right now is one of those dangerous and historic times. All eyes are on government, at least until after the evening news. Then we all escape to Netflix.

Whether or not governments should have been prepared for a pandemic, none of them were, at least not adequately. Now they’re flying by the seat of their pants. Some governments are doing this more successfully than others. What we know for sure is that in times of crisis, all governments need friends. They are short of time, people and ideas. That makes it a time of maximum opportunity for any organization that has a plan to help.

These ‘crisis friends’ come in different varieties. Some will stand on a stage and affirm the rightness of a government position. Others, for instance, retool their factories and make ventilators for the healthcare system. Some generate great policy ideas that, coincidentally, benefit their business or sector.

Now is when government relations teams should be burning up their Slack channels asking, how can we help the government in its hour of need? If you can answer that question convincingly, you’re on your way to building a foundational relationship with your government. 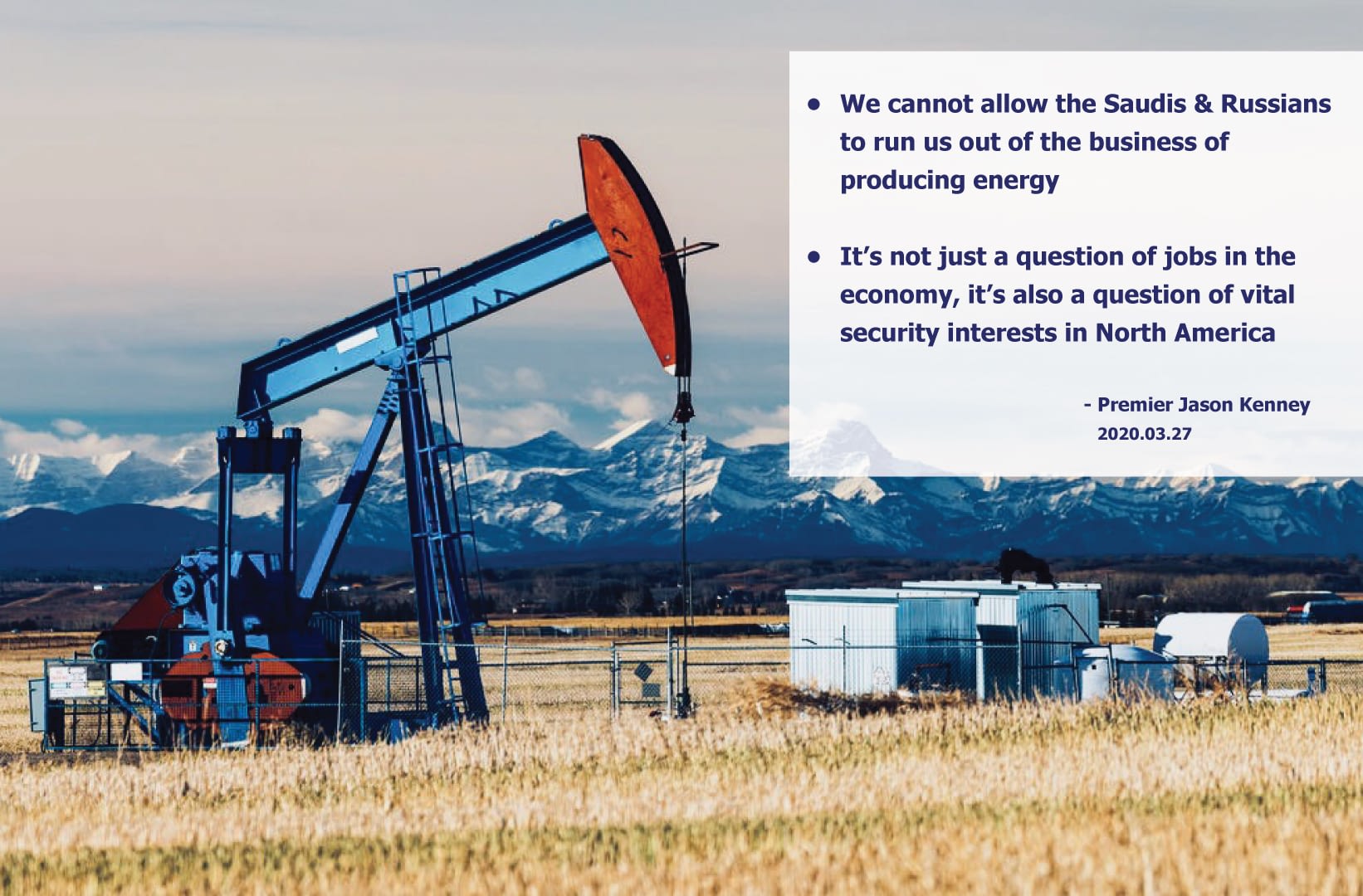 The Prime Minister announced further efforts to boost our economy and keep Canadians employed this morning, with more details to follow early next week.

US – Canada Border Troop Deployment: The US Government continues to consider a proposal to deploy troops along the Canada-US border in order to stop irregular border crossings. The Canadian government remains opposed to this and continues to tout the border as the longest demilitarized border in the world.

In addition, the Government of Alberta announced the following:

Emma Graney: “Would you be presenting something like a closed market whereby, there aren’t those imports of oil from any other country outside North America allowed into Canada and the US, and just how much your ideas that you just floated earlier are actually going to be palatable to the United States?”

Premier: “I would be interested in that. And in terms of the palatability of those ideas there is a very lively policy debate in Washington right now. Dozens of US senators and congressmen and several us governors have expressed support for some of these ideas. Let me put it this way. The United States American taxpayers have spent, I suspect, trillions of dollars providing a de facto security guarantee for OPEC energy producers over the last several decades.

But in the past 10 years, the United States, with the support of increased oil production from Canada, has become energy independent. We now have North American energy independence. North America has, over the past five years, become a net exporter of energy to the rest of the world. How ironic would it be that after all of those decades of maintaining security in the Persian Gulf, that the North American energy industry would then be… its entire existence would be jeopardized by predatory dumping by Saudi Arabia and OPEC dictatorships in a price war with Vladimir Putin’s Russian autocracy.

That’s the message I conveyed to Washington today and I will be in the days and weeks to come.

That we need to, this is not just a question of jobs in the economy, although it very much is that, it’s also a question of geopolitical security of our vital security interests here in North America.

We cannot allow the Saudis and Russians effectively to run us out of the business of producing energy, which is an essential part of functioning in a modern economy. That’s the message I conveyed.

But we’re opening up that conversation right now.”

If you have questions or ideas, let’s talk about them!
Aid Bill becomes Law Getting Cash into Canadians’ Empty Pockets